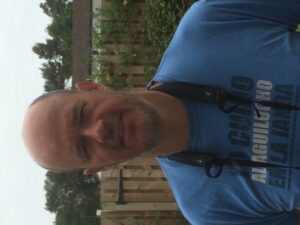 Mike Thornton has been a committed ornithologist and conservationist for over forty years, having worked for the RSPB, SWT, National Trust, JNCC and SNH. He has a particular interest in raptor population ecology and migration, and has been an active member of the Lothian and Borders Raptor Study Group for over 15 years. He pioneered an Edinburgh Sparrowhawk study in 2009, as well as a Sparrowhawk public viewing programme, the first such scheme in the UK. He has monitored breeding Sparrowhawks, Merlins, coastal Peregrines, Buzzards and Golden Eagles, and worked as a volunteer during the last two national Golden Eagle surveys. Mike took special leave in 2008 to work on Eagle Owl ecology in Coto Donanna National Park and Montague’s Harriers in Extremadura, Spain. He has also volunteered as a surveyor for the Migres Foundation, Spain, counting migrating raptors through the Straits of Gibraltar.