Amy has been in post since June 2014.  Amy’s role is to drive the work of the SRMS forward under the guidance of the SRMG.  Amy is hosted by BTO Scotland, based at Stirling University. 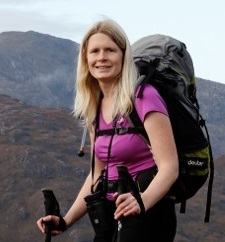 Amy is passionate about nature conservation and since completing her PhD at the University of Stirling in 2007 has worked for the RSPB in various roles in Northern England, Scotland and most recently Wales.  During the three years Amy worked as a Conservation Officer for the RSPB in Tayside & Fife she enjoyed monitoring the breeding Hen Harriers within the Forest of Clunie SPA and coordinating and participating in wintering Red Kite roost counts in Perthshire.  Before starting in her current role Amy spent the last three years working as a Data Manager for the RSPB in Wales.  Amy is passionate about data quality and integrity as the cornerstone for an evidence-based approach to conservation and hopes to draw on this experience in her current role to be able to provide the best data possible to help secure the future of raptors in Scotland.