SRMS data are reported at a range of levels to be of value to different stakeholders. The map below shows SRMS regions. 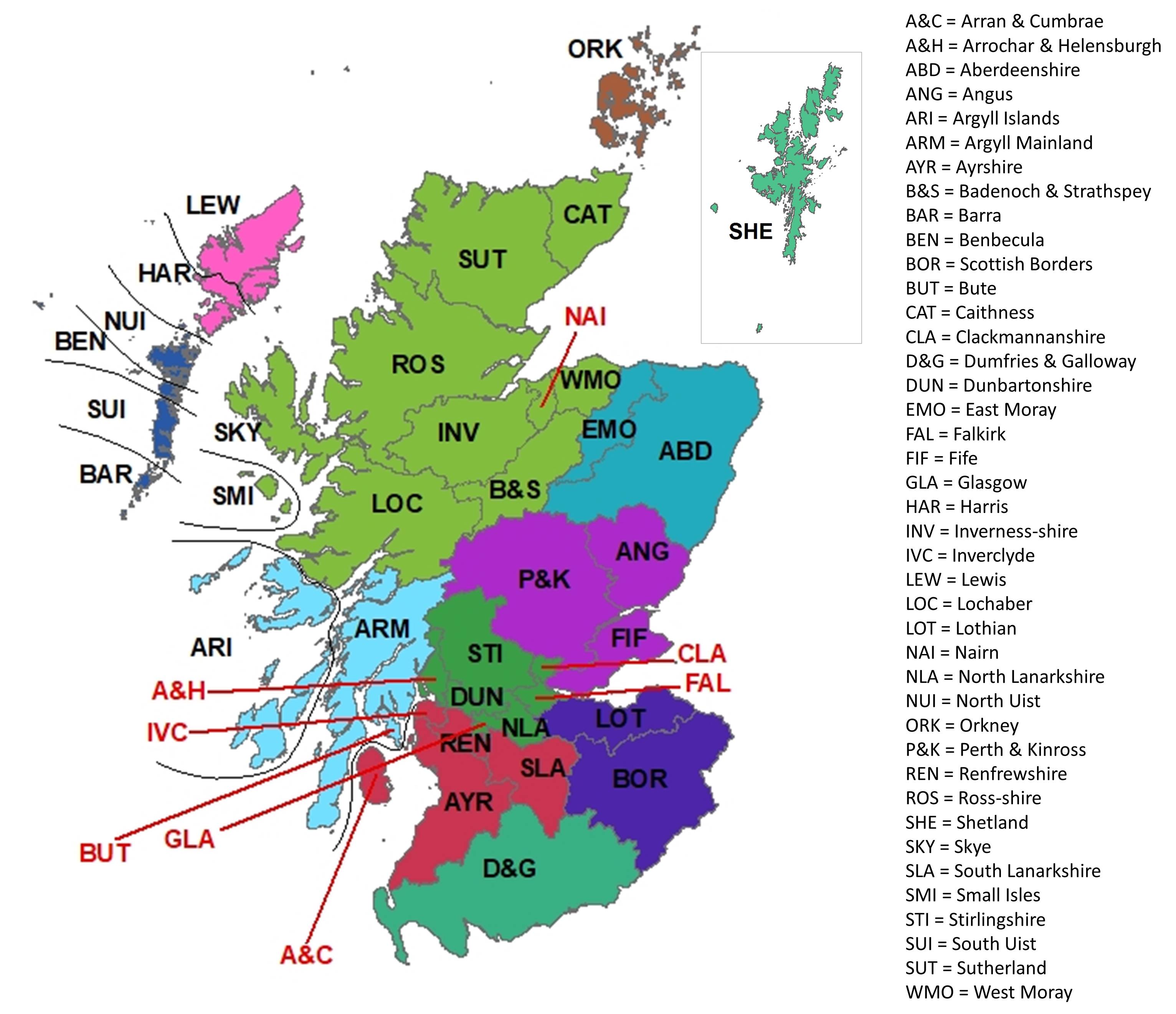 SRMS regions are subdivisions of the 12 SRSG branch areas into counties.  There are a few regional exceptions including: (i) some counties have been amalgamated (e.g. North, East & South Ayrshire combined into Ayrshire – though the Clyde Islands of Arran & Cumbrae which are part of North Ayrshire Council area have been retained as a separate region), (ii) Moray has been split into West Moray and East Moray following the boundary between the Highland SRSG branch and North-east Scotland SRSG branch and (iii) due to its large area Highland has been divided into smaller areas reflecting a combination of old counties (e.g. Inverness-shire) and Highland Council wards (e.g. Badenoch & Strathspey).